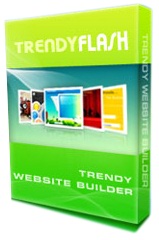 One of the stand out features is an absolutely stunning iPhone optimized website that is generated automatically for easy accessibility on iPhone and other smart phones.

Ranking on Google and other search engines becomes a breeze with the built in SEO optimization. Get your Trendy Site Builder with HostASP Linux hosting to experience the amazing ease with which you can build a stunning website and find out why it is the World's Favorite Website Builder!

Need to host and manage multiple Websites under one single account and a single fee? Our Web Hosting Plans allow you to host more than one websites under one a shared plan, so you do not need to register a new hosting account to host a new website. With other web hosting provider you may normally be allowed to host only one website per account.

Switch your hosting to our Web hosting, We help you setup and transfer website to us and with us it is now easy to manage your websites on single place and same time you save more money in the long run. We often run promotions for Website transfer, please check with support and grab the Website transfer offer.

Softaculous is a great Auto Installer having over 150 great scripts and still adding more. Softaculous helps our customer setup the FREE community scripts and applications in minutes. These scripts cover most of the uses a customer could ever have. Setup your own blogs, portal/cms or forums or wikis or even ecommerce application in just few clicks. Applications include WordPress, phpBB, Joomla, zenCart, osCommerce and more.

Our clients can choose from list of Free hosting applications and lot more added in control panel which are ready, can be customized, installed with easy 1 click installations.

All the software would be installed within few minutes. Everything is fully automated and you can just click, relax and concentrate on design and configuration part of the applications.

CloudLinux operating system with our Linux hosting packages is a commercial product, a flavor of CentOS that increases the stability and density to deliver advanced resource management, better security and performance optimizations.

Improve Stability and Density
CloudLinux OS ensures spikes in resource usage will not take down an entire server. Each tenant is given a finite amount of resources which increases stability for everyone on the server.

Lightweight and Transparent
Utilizing lightweight virtualization, CloudLinux is able to deliver incredible improvements to webhosts with virtually no additional resource overhead. Light as a cloud!

Perl is one of the most established programming languages on the Internet. With its powerful string processing capabilities and the optional availability of almost every library imaginable, Perl is an excellent choice for somebody looking to allow flexibility and expandability. Our linux web hosting plans comes with Perl scripting support and easily installable libraries.

HostASP is one of the few web hosts to offer the Ruby programming language along with usual Linux hosting features. A combination of Perl's syntax and Smalltalk's semantics, Ruby is a recent language that is growing in popularity. Ruby's compatibility with multiple programming paradigms allows it great versatility and makes it an easy language to learn for existing developers.

SQL is the most popular language for adding, accessing, and processing data in a database, and is most noted for its rapid processing, proven reliability, and ease and flexibility of use.

Best mate for PHP, MySQL is part in almost every open source application. Good examples for use of its power are Joomla CMS, Magento shopping cart, and PHP (phpBB) bulletin board.

Host ASP Linux plans are on Apache Web server, is  been the most popular web server on the Internet since April of 1996. The some of surverys in early 2005 found that 68% of the web sites on the Internet are using Apache, thus making it more widely used than all other web servers combined.